The Easy Way to Un-BeDazzle

Hello Readers. It is actually, finally getting cooler outside. I am going to need a light jacket. I found this cropped denim jacket for 25 cents. I thought it was a great little jacket. It was soft and broken in. The only problem was the gold studs on the pockets. It reminded me of the "BeDazzler" from the 90's. Do you remember the BeDazzler? (Click here to see the commercial.) It was a device that attached rhinestones and studs to clothes. A LOT of rhinestones and studs! The commercial will take you back to the 90's with its hairstyles too. 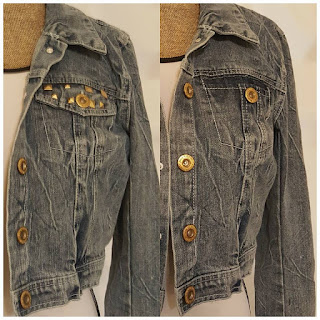 I didn't really like the studs. I don't like a lot of sparkle or extra bling on my clothes. I thought a plain and simple look would be better for this jacket. It doesn't need a lot of extra "stuff" on it. So how would I take them off? 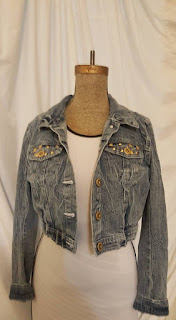 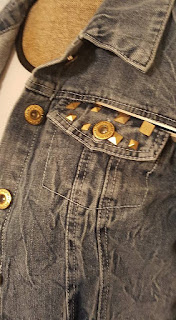 I decided to remove the flaps on the front pockets. That's right,  I just cut them off. I could have forced the studs off. I didn't want to fight with the studs so... I didn't. I think it looks fine without the flaps and it was fast and easy. I cut as close to the edge as I could to keep it looking neat. 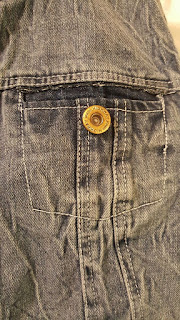 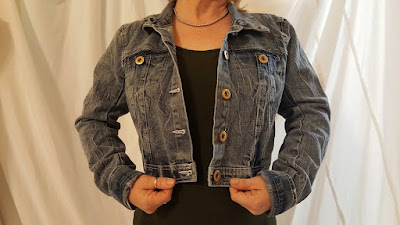 Check out the back of this jacket! More gold studs, woo-hoo. 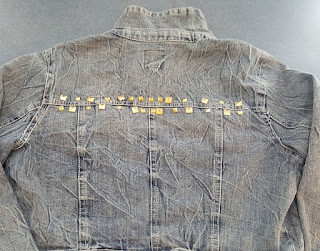 Party's over studs! I wrestled them off with these large kitchen shears. It only took a few minutes. It was a great way to blow off steam. 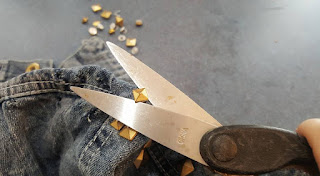 The back looks cleaner, better, simpler without the studs on it. You can see the tiny holes across the back but they don't look bad to me. The blend in really well with the fade pattern of the denim. And I like distressed denim anyway. I love this jacket and I am probably wearing it today. 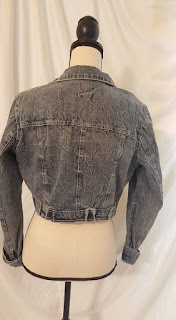 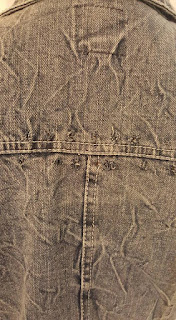 ***  BONUS TRACK  ***
BELTS
I have been trying to make a couple thin belts to wear with jeans to smooth over the waistbands and front button. Sometimes the front button opening doesn't lay smooth. Could I make a belt? Well, I could try. I started with this piece of faux leather that I cut off the purse in the picture below. 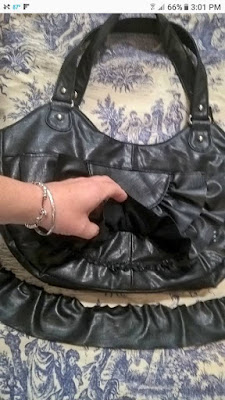 I made the strip narrow enough to used the buckle I had in my collection of odd sewing stuff. 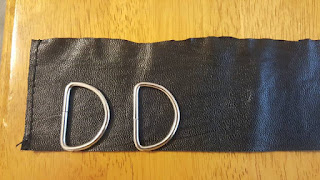 I folded the edge over and stitched it down. 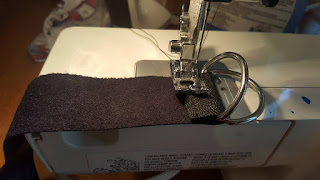 I also had a cotton belt that was bright orange. I got it at a clothes swap and it was in great shape but it was orange. I didn't really need an orange belt. I decided to dye it red. That would be easy, right? 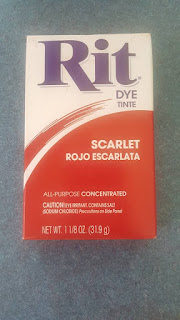 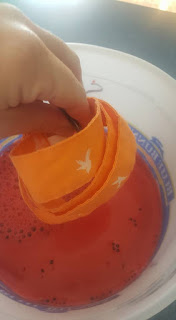 Well, Here are both finished belts. The black belt doesn't look very impressive but it is nice and thin. It keeps the waistband of my jeans flat and smooth. The orange belt didn't become the scarlet red I thought it would. It is a very orangey red. Fabric dye is never an exact science.
I still have some work to do to improve my belt making skills. 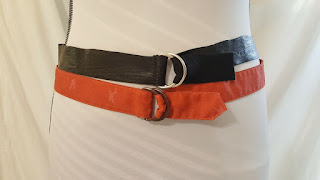 Thanks for reading, now go make something fun for yourself.