If Charlie Brown Wore a Dress

Hello Readers. When I saw this dress I thought it looked like Charlie Brown's shirt from the Peanuts comics. The colors are so great for fall. It was a soft knit, I could make anything with it. What could go wrong?
(Spoiler Alert: A lot could go wrong.) 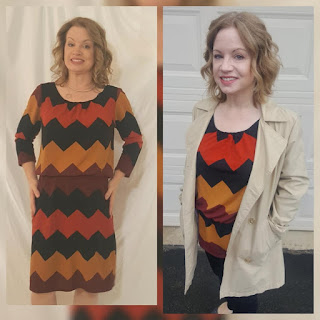 I started by cutting off most of the skirt. This was a little more chevron stripe than I wanted. I thought a light sweater would be better than a whole dress. I thought I could find something to do with the skirt piece later. 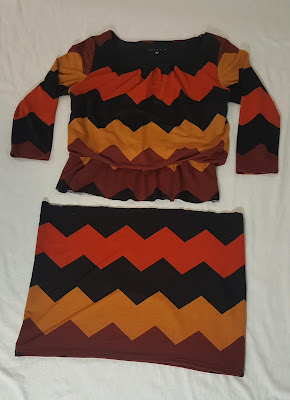 I thought I could fold the bottom under and it would look like a waistband. This was the beginning of a huge tangled mess of thread and lining. My machine went crazy and tried to eat the lining and sweater. I tried to un-do the mess and ripped the sweater.
This is when I lost my temper. I was acting like this. 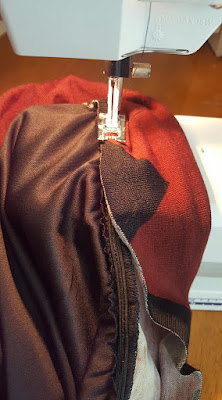 I decided to cut off the waistband and just remove the lining from the top too. I thought that would remove all the mess. But look at that neckline! And now I had a really short sweater. 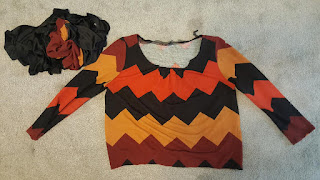 Look at it! There was more hidden in there than I thought. There was a little bit of netting as a stabilizer around the neckline. It made sense because the knit was so soft but now I had made another made another mess! 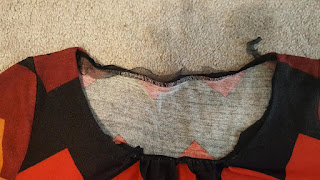 I cut off the lower part of the skirt and decided to attach it to the top. I added some thin elastic so the waist was drawn in a little.That made it longer.
I tried to match the color of the chevron stripe, the black stripe was not perfect but the elastic waist would hide that. 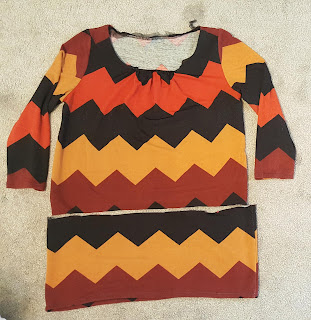 The new elastic waist was easy and still looked good with all the chevron stripes. 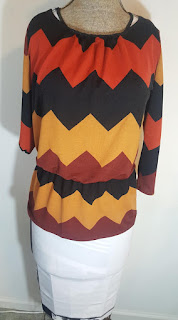 I went over the neckline with my machine to hide all the netting and mess. I trimmed off the excess net material and it will all stay nice and neat. 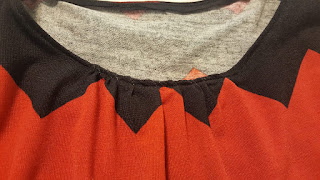 I really liked the end result. The additional fabric below the elastic waist came out great.
I think Charlie Brown would approve. 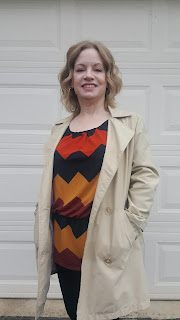 Thanks for reading along, now go make something fun for yourself.

*Year end update- I wear this sweater/shirt often. It still makes me think of Charlie Brown.
Posted by I Can Work With That at October 03, 2018